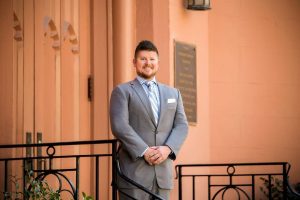 Joseph “Joe” Walker III is a lifelong resident and a successful businessman in Richland County, who has dedicated his life to helping people and making a difference in his community.

A 2000 graduate of the Hammond School, Joe earned his bachelor’s degree in business from Wofford College in Spartanburg in 2004. Married for the past 12 years to the former Haley Wham, the Walkers have four children, ranging in ages from 9 years old to seven weeks in age. The Walkers are also active members of First Presbyterian Church in Columbia.

As the owner and managing partner of JH Development, Walker has developed Marco’s Pizza into one of the Midlands’ most successful brands and was named Columbia’s Young Professional of the Year in 2016 by Columbia Metropolitan Magazine. He was also named the 2016 Veteran Business Person of the Year by the Small Business Administration and included in The State’s “20 Under 40” in 2015, an annual list that features business leaders in Columbia under the age of 40. 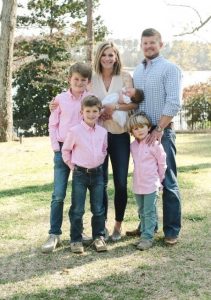 Before hitting the ground running in the business world, Walker served our nation in the U.S. Army from 2004 to 2008 and in the U.S. Army National Guard from 2008 to 2012. Walker honed his leadership skills in the Army and was an Infantry Platoon Leader with the rank of 1st Lieutenant (2005-06). He would go on to become a Batallion Rear Detachment Commander with the rank of Captain (2006-08). In addition to leading operations in the hot spots of Iraq, Walker received many awards and citations for his leadership and management skills. Walker was also featured in the HBO documentary “Only the Dead See the End of War.”

“Richland County is a special place and it’s critical we have leadership in place that can direct the growth of our county, open new economic markets and create a better future for all citizens,” Walker said. “As a private citizen who’s concerned about the future of our county, I’m ready to take my record of service to the next level to help even more people in Richland County.”

Walker also serves on the Board of Trustees for the Hammond School, the executive board of Cooperative Ministries and on the Athletics Director Executive Cabinet at USC.

Clean Up the Culture of Corruption